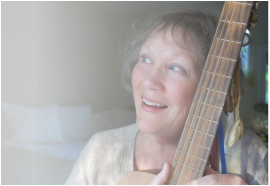 “I’ve toured with this songbird and I love her!” Burl Ives

“Radiantly pretty and with a voice as pure as a spring morning!” Carmel Pine Cone

“Sweet looking and funny!” Fifth Row Center, Carmel
Winner of:
MaryLee Sunseri is a singer/songwriter/performer of traditional and original songs for young children. She has been honored with two American Library Notable Children's Recordings for her albums "Whale Watching" and "Rhythm of the Rocks," as well as four Parents Choice Foundation Awards for "Mother Goose Melodies," "Singing' Sidesaddle," "Rhythm of the Rocks," and "Grasshoppers Three." In all she has produced and arranged 16 albums of songs.

​Her credits include recording nursery rhymes for Mattel Toys and Hampton Brown, touring America as a member of “Randy Sparks & The Back Porch Majority (1971-79),” recording the title song to Walt Disney’s movie The Apple Dumpling Gang, singing back-up for Shirley Jones, many concert appearances with the legendary Burl Ives, as well as more than 30 years as a solo artist performing in public libraries, parent centers and preschools in California, Massachusetts, Washington and County Cork, Ireland.

In 2001, she received her certificate of study in Musical Theatre from London Drama School with distinction in singing. She continues to perform many concerts for festivals, folk clubs, and academic groups.

"If you've ever had the pleasure of seeing Marylee with an audience of young children--then you know. She captivates them. The little ones sing, dance, jump, wiggle, clap and follow her like the Pied Piper. Marylee is the children's muse because she remains focused on the music, and so do the children." --CD BABY REVIEW